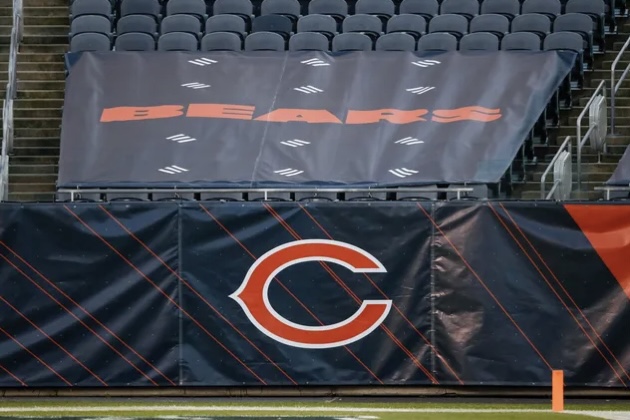 The Chicago Bears and Kansas City Chiefs became the latest NFL teams to shutter their facilities Thursday due to a positive coronavirus test.

In a statement, the Bears said they were notified of a player testing positive Thursday morning and paused all in-person activities at Halas Hall, canceling practice.

“The player who tested positive and all close contacts have been contacted and have already begun self-isolation,” the Bears said. “We will continue to work closely with the NFL medical experts and follow the league’s intensive protocol. The health and safety of our team, players and staff are the highest priority.”

Chicago is scheduled to face the Tennessee Titans in Nashville on Sunday.

The Chiefs revealed a staff member tested positive, announcing the team will still practice Thursday but will conduct meetings virtually later in the day.

The closures in Kansas City and Chicago followed earlier news that the Indianapolis Colts conducted its meetings virtually after a staff member tested positive (the team still held practice outdoors). The Houston Texans also shut down their facility for the second straight week after a player’s positive test. Linebackers Jacob Martin, Whitney Mercilus and Dylan Cole were all placed on the COVID-19 reserve list and will miss Sunday’s game against the Jacksonville Jaguars.

The Philadelphia Eagles also on Thursday reported a positive COVID-19 test for a player. The Eagles are on their bye week but were in their facility on Wednesday.

The pandemic’s impact will be further felt by the league during Thursday Night Football, as key players on the Green Bay Packers and San Francisco 49ers will be out due to either positive tests or contact tracing.